Vpress have joined forces with three other suppliers to the print industry as part of an initiative called Print with Pride to celebrate the medium and developing new technologies within print.

In partnership with Antalis, Ashgate Automation and Smart Print, the four organisations have come together to share the latest developments and technologies in their respective fields from Web to Finish. It was a natural progression from there to talk about their pride in print.

The inspiration for the partnership was to join the conversation about promoting the benefits of print in an ever-increasing digitised world. Together, they are showing their collective appreciation and enthusiasm for print as marketers learn to impress and integrate this channel into their communications.

That passion for print easily translated into their Print with Pride campaign, demonstrating this with a series of events around the UK.

The opening event was held on February 12th 2019 at the Ricoh Telford production site where visitors experienced demonstrations, networking and a factory tour. The Valentine’s Day theme lent to some wonderful examples of neon pink as demonstrated by Ricoh.

Following the success of the first event, more dates and locations have been added and will be announced throughout the year. The next events will be held at Shipley Creative on the 27th February and Ricoh Staines on the 20th March. Click here to find out more about the collective and register for the next event. Where is Vpress in June? 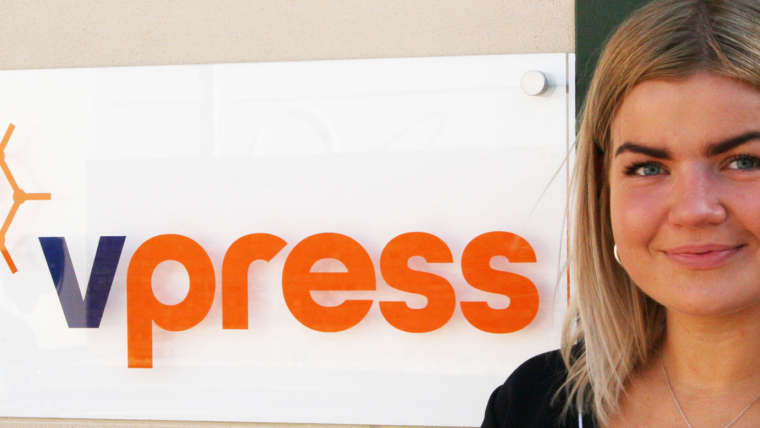 The Vpress Team Continues to Grow

The race is about to begin!